Camping Bronte Lagoon is very basic bush camping in the central highlands of Tasmania, and with no facilities DOGS OK No toilets, no shelter campers must be fully self-sufficient and the weather can cause significant challenges when camping Bronte Lagoon as this area is highly susceptible to snow, high winds, heavy rains and high temperatures during summer. To camp at Bronte Lagoon, campers must be fully self-sufficient and carry their own fuel stove, firewood, and freshwater. This camping area is used predominantly by fishermen and is not recommended for casual use. Camping at Bronte Lagoon is allowed for a maximum of 7 days only. Bronte Lagoon is surrounded by grassy paddocks, with large areas of woodland on the Lake’s southern and south-eastern shores, creating a perfect fly-fishing location with fish caught in this area highly prized by anglers who flock to this lake during trout season. There is a boat ramp nearby – camping is strictly allowed only in designated areas. See also: Camping Arthurs Lake – Camping Penstock lagoon – Camping Bradys Lake – Camping Laughing Jack Lagoon – Camping Lake Binney – Camping Woods Lake – 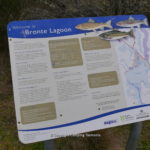 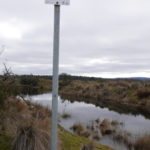 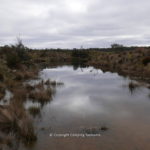 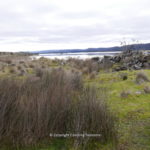 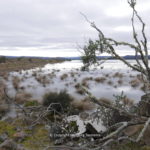 4WD Only Camping?
No
Directions

Camping is a great outdoor recreational activity involving overnight stays away from home in a shelter such as a tent, a caravan, or motorhome. Camping can be enjoyed through all four seasons in Tasmania, however you should always be prepared especially in the highlands or in Winter. Never leave home without being fully prepared – camping in Tassie is a great, affordable and enjoyable way to discover the great state of Tasmania Australia in an affordable and fun way. Free Camping Tasmania