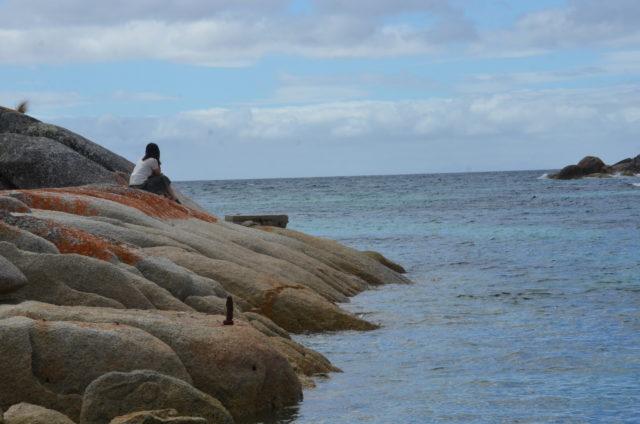 Mt William National Park camping, North East Tasmania fantastic range of camping options featuring easy access to pristine white sandy beaches, azure crystal clear blue waters, bush-walking, mountain bike riding, fishing, swimming, diving, boating, kayaking and sightseeing. Choose from a range of different campsites Mt William suitable for tent camping, camper-trailers, caravans, campervans and motorhomes. A valid Tasmanian National Parks Pass is required to camp at Mt William, which is checked by rangers working in the park. Please take care on narrow, windy gravel roads and be on the lookout for large forester kangaroo, wombats and other native animals which are common in the area and on or near roads at dawn and dusk. See also: Free Camping Bay of Fires You can camp at most sites in the Mt William National Park for up to 4-weeks. Most campsites are $13 per night for 2 adults, plus $5 for each extra adult. Two adults can camp for 1-week at a cost of $50. The nearest towns to the campsites Mt William National Park are the small settlement of Gladstone, which has petrol, a hotel and a small general store. St Helens is a much larger town and is where you can purchase groceries, petrol, alcohol and a range of other supplies. When camping Mt William National Park, we strongly recommend a visit to the Eddystone Point Lighthouse and the Tebrakunna Cape Portland Wind Farm visitor centre – the wind farm is truly spectacular and features 56, 80-metre tall wind farms dotted across the landscape, and that provide a striking contrast to the beautiful and lush farming area at Cape Portland and surrounds such as Rushy Lagoon and Musselroe Bay. See the following links for campgrounds Mt William National Park:

The Mt William National Park is located north-east of  and is reached by back roads from the small town of Gladstone. From Launceston, travel to Gladstone via Scottsdale (A3 and B82), or via the East Tamar and Bridport (A8 and B82). From Gladstone travel for a distance of 17 km (on gravel roads C843 and C845) to the Park entrance at the northern end of the park. The southern end of the Mt William National near Eddystone Point, can be reached by gravel roads from St Helens via Ansons Bay (C843 and C846) or from Gladstone on C843. The nearest petrol and basic supplies are available from Gladstone. 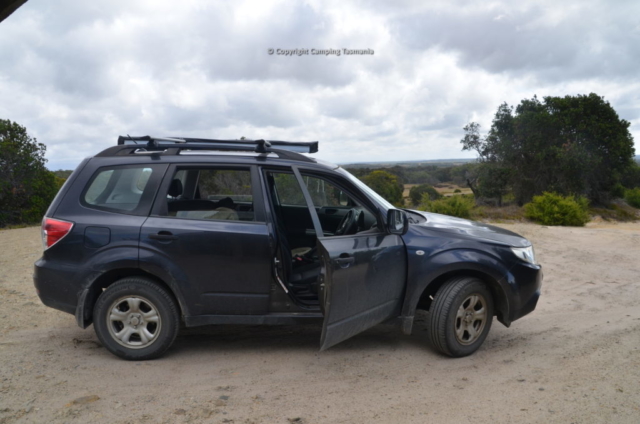 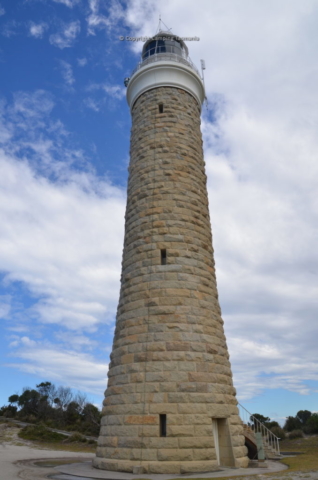 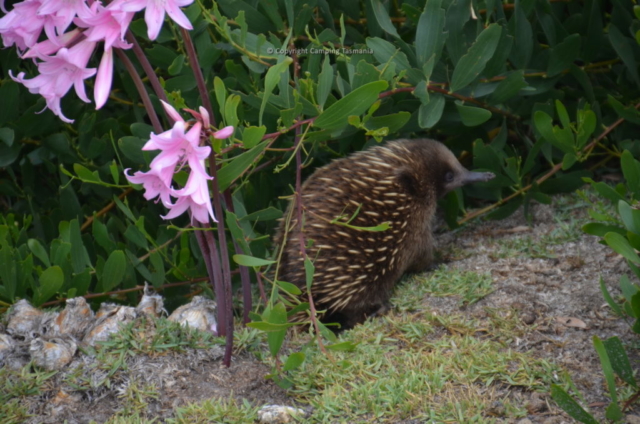 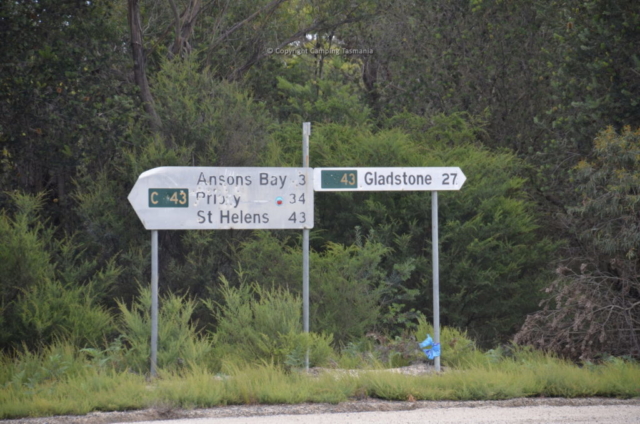 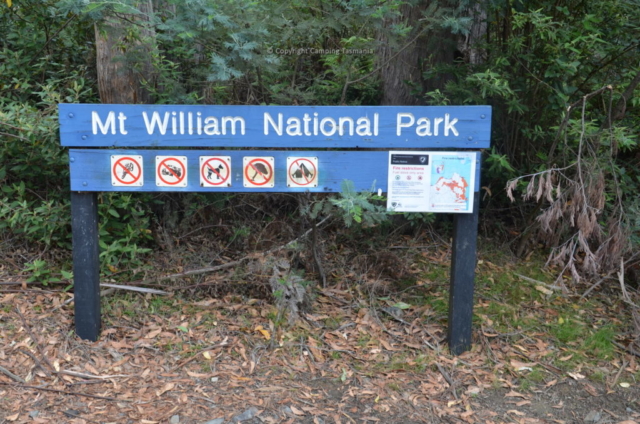 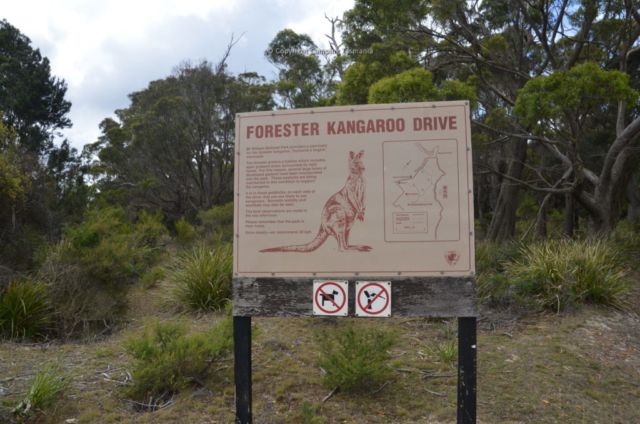 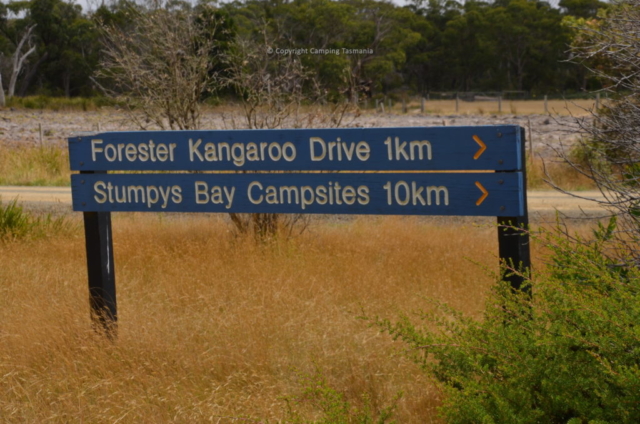 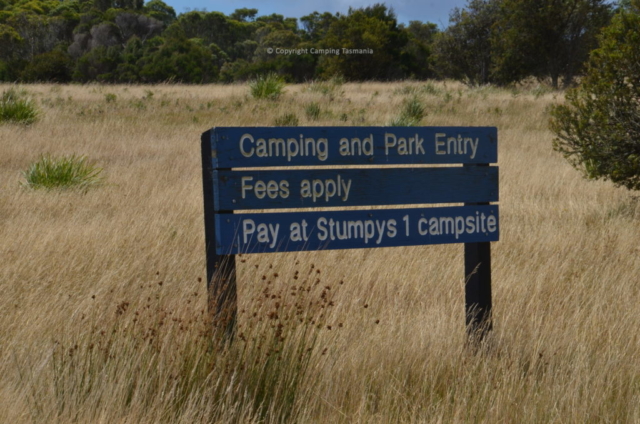 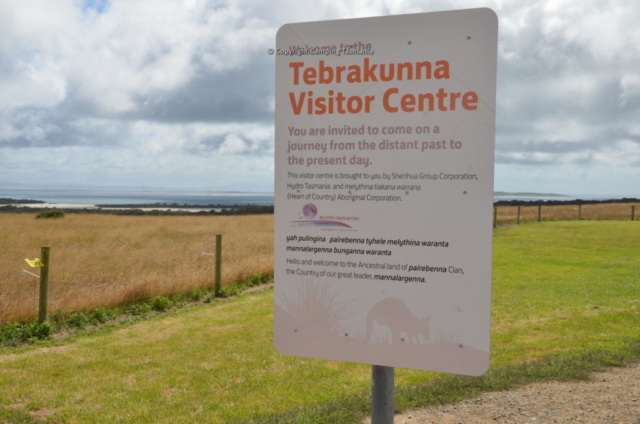